So sorry for dropping off the face of the planet for the last week, but I’ve been horridly sick for the last week and trying to still hang in there for work and holiday fun and snowboarding & skiing. I know I know…more rest would have probably helped things, but I’ve been trying, I swear! We had been promising Stella all week that we would take her up for her first skiing adventure last Sunday, and there was just no way I was going to bail, so yesterday morning we dropped off Harvey at his grandparents’ house, I doped up on meds, and up the mountain we went. She got in six runs and improved exponentially each time. I’m so proud of her!

Related: I’ve been with her Dad for nearly 10 years, and I have NEVER seen him in snowpants. This was the first time in 15 years he has been up on the mountain, and he plans to actually ski with us once she gets going. I’m so excited! 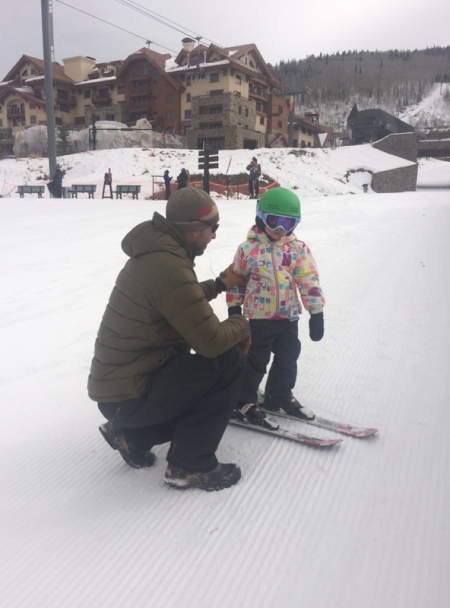 I swear she was actually having fun. 🙂

Virtual Hugs (FYI - your comment may be held in moderation for me to approve if you have never commented here before - I try to approve as quickly as possible!) Cancel reply

← MMM – Hairstyles Edition
#WorkoutWednesday →
Haven’t posted here in nearly a year. It’s time. Just finished a workout with my daughter - loved it!
8 weeks ago I decided to start focusing on my own health and wellness again. I’m so proud to say that I’m sticking with it, no matter the obstacles in my path. #progressnotperfection
Morning workout done thanks to Beachbody on Demand and chocolate/banana Shakeo for breakfast. It feels good to get back in the habit... #22daysuntilVegas
Finishing 13.1 miles strong yesterday! #halfmarathon